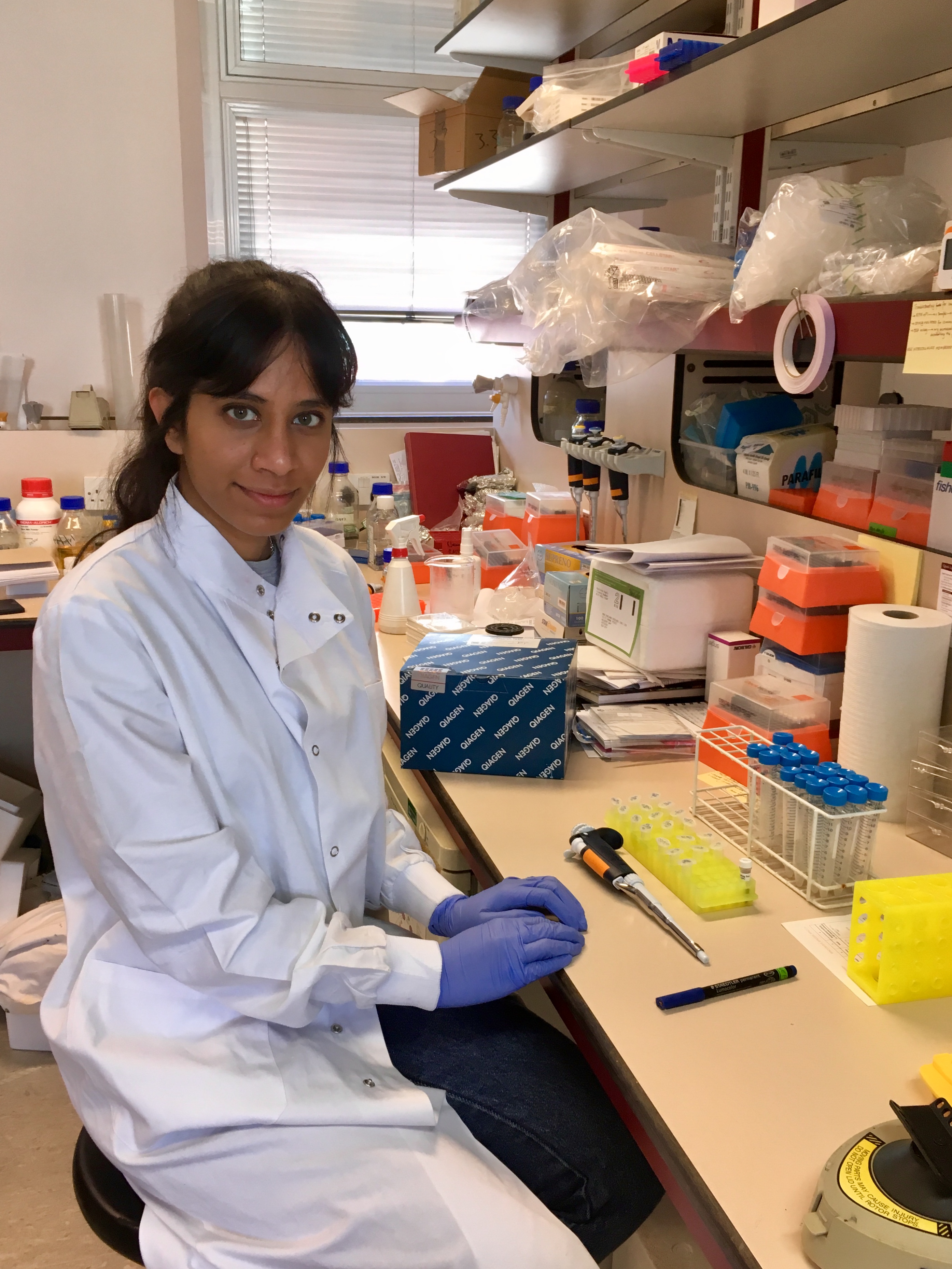 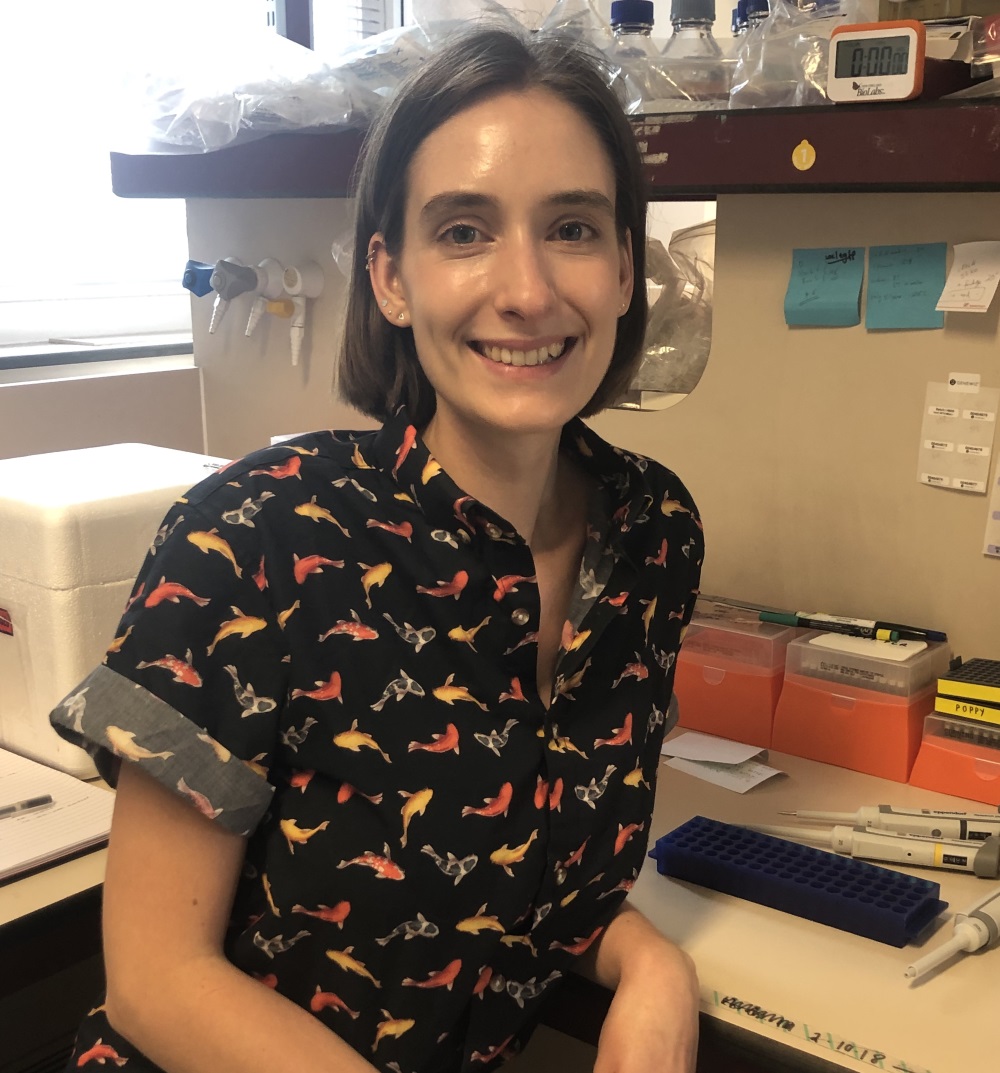 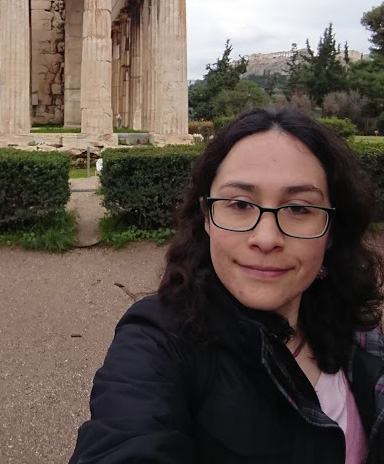 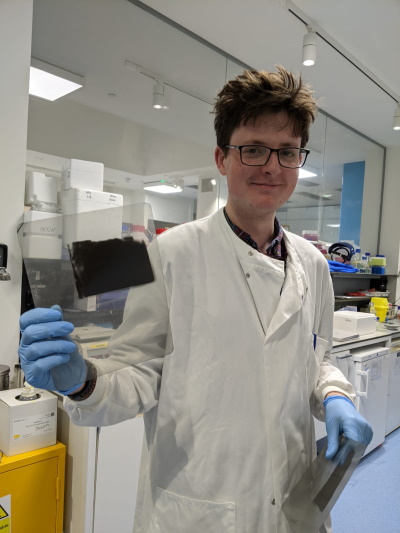 We study how genomic ‘dark matter’, which is DNA of unknown function, regulates immune genes and interferons in normal human cells and how these novel pathways can contribute to cancer and autoinflammatory diseases when they go wrong.

Genomic ‘dark matter’ refers to DNA of unknown function, which is mainly derived from transposable elements (TEs) and comprises at least 50% of the human genome. Our research is aimed at understanding how this dark matter can regulate our own genes, and we focus on immune genes in particular because of their importance in immunity and immune pathologies. We dissect how endogenous retroviruses and LINE-1 elements (both ‘retroelements’) regulate genes at the heart of innate and adaptive immunity, for example by functioning as distal repressors. We do this by studying the transcription factors that target these retroelements and switch them off through their epigenetic repression. Surprisingly, LINE-1 elements, when expressed, can generate nucleic acids that mimic viral replication intermediates, leading to their recognition by the innate immune system and the production of type I interferons. We seek to understand how these novel pathways operate in normal human tissues. We also aim to determine how, when such pathways are dysregulated, they can contribute to cancers and autoinflammatory diseases, in which your immune cells attack your own body.

Viruses and their human hosts are involved in a continual ‘virus-host evolutionary arms race’, whereby viruses constantly adapt to evade the host immune system. The host genome must evolve and innovate to fight viruses through amino acid mutations in host restriction factors and the creation of new genes. Endogenous retroelements, which can be viewed as ancient viruses help us to compete in the arms race, which we refer to as the ‘virus-virus evolutionary arms race’: Through evolutionary time, an ongoing level of active retrotransposition and invading retroviruses have been crucial to drive human genome innovation and the creation of new genes. While this process needs to be regulated to protect genome integrity, the host benefits from gaining a constant new source of genetic material, which can be repurposed, often in pathogen defence. Retroelement-derived genes end up being regulated by the same epigenetic repressors that evolved to block these genome invaders.

We discovered the KAP1 (TRIM28) and KRAB-zinc finger protein (KZFP) pathway to be responsible for epigenetic silencing of endogenous retroviruses in early development (PMID: 20075919). This pathway involves hundreds of KZFP transcription factors that target different repetitive sequences in the genome, due to the sequence-specificity of their zinc finger domains. The KRAB domain recruits KAP1, which brings in histone methyltransferases (SETDB1), histone deacetylases and DNA methyltransferases to switch off transcription of retroelements and nearby host genes (PMID: 23233547, PMID: 23293284). Still very little is known about how the individual KZFPs function to regulate subsets of retroelements and host genes and how underlying mutations in these genes can contribute to disease. However, we have found that KAP1 regulates endogenous retroviruses and innate immune genes in adult human cells (PMID: 30061100).

More recently we have uncovered the HUSH complex to regulate evolutionary young and active LINE-1 elements (PMID: 29728366). The HUSH complex is an epigenetic complex consisting of TASOR, Periphilin (PPHLN1) and the chromodomain protein MPP8 (MPHOSPH8) and discovered in an epigenetic screen by Paul Lehner’s lab (PMID: 26022416).